Initially, Bitcoin mining was a simple task even home computers could participate in. Today, mining is done by ultra-powerful computers that are designed for that sole purpose. In this post I’ll cover the best mining hardware available today.

Nowadays, the only way to participate in Bitcoin mining is through dedicated miners known as ASIC miners. As mining evolves, more and more companies begin manufacturing dedicated hardware. The top Bitcoin miners on the market today are:

1. Bitcoin mining and the evolution of mining hardware

Before I get into the various miners on the market today, I want to make sure you’re familiar with what Bitcoin mining is. If you already know about the purpose of mining and how it integrates with the Bitcoin network, feel free to skip this part. If not, here’s our Bitcoin mining whiteboard video to get you up to speed:

As I’ve mentioned previously, mining has moved from being something you can do from the comfort of your own home to a specialized occupation that requires a lot of time and capital.

Today, if you try to mine with anything other than an ASIC miner, you’re in for a disappointment. ASICs are built specifically for Bitcoin mining and are therefore the most efficient type of miner out there.

For reference, a single ASIC miner has the equivalent mining power of 700 GPUs. Therefor, the massive move of miners toward ASIC hardware is easily understandable.

Today’s focus is on creating smaller chips for ASIC mining in order to produce more powerful miners. The smaller the chip, the more chips you can put inside a miner, increasing its mining capabilities.

The smallest chip introduced commercially to date is a 7 nm (nanometer) chip by Bitmain and their Antminer S17.

When you want to evaluate a miner, there are usually three main factors you need to check:

Power consumption: How much electricity does the miner consume? This is important since you’re going to run a huge electric bill if you mine Bitcoin. This is measured in watts, and the lower the number, the better.

Hashrate: This is how much power the miner has to solve the mining math problem. It basically measures how many guesses the miner can make per second.

Energy efficiency: While having a high hashrate is good, if you’re wasting a lot of energy to get it you’ll be losing money in the end.

Efficiency is basically calculating how much power is required to generate a single using of hashrate. An efficient miner requires less electricity to mine Bitcoin.

Efficiency is calculated by dividing energy consumption with hashrate. This way you can effectively measure miners against one another.

All of the above factors are important for calculating profitability, so make sure you have them all before proceeding.

Once you have this information, you can insert it into a Bitcoin mining calculator and estimate how many bitcoins you’ll be able to mine per timeframe.

Keep in mind that this calculation will never be 100% accurate since you can’t know for sure the exact difficulty measurement at the moment, or what will happen to Bitcoin’s price a week from today.

The most well-known mining hardware manufacturer around, Bitmain was founded in 2013 in China and today has offices in several countries around the world.

The company developed the Antminer, a series of ASIC miners dedicated to mining cryptocurrencies such as Bitcoin, Litecoin, and Dash.

Bitmain is also in charge of two of the largest mining pools around: BTC.com and Antpool.

While Bitmain is respected for its technical excellence and reliable delivery, the company is also criticized by many Bitcoin enthusiasts for a variety of reasons:

It’s likely that the bulk of mining equipment today consists of Bitmain miners, based on analysis placing Bitmain’s share of the ASIC market at 70%–80%.

Canaan was founded in 2013 in Beijing by N.G. Zhang. Canaan began as a producer of FPGAs, the mining hardware that preceded ASICs.

In May 2018, Canaan filed for listing on the Hong Kong Stock Exchange in what could be a $1 billion IPO. Canaan’s filing revealed a highly-profitable company responsible for nearly 20% of Bitcoin’s hashrate.

Canaan is the world’s second-largest ASIC producer. The company has a wealth of experience in electronic design and production. It’s clear that this veteran industry player has big plans for its future.

The newest company on the block is Halong Mining. There’s not much information about this relatively anonymous company, but in early 2018, it delivered a then powerful Bitcoin miner called the DragonMint T1.

Even though the Bitcoin community was fairly skeptical about this new company, the miners were delivered as promised and have performed as described.

Halong is most notable for being involved with two well-known parties:

Halong Mining has also been tacitly endorsed by cypherpunk legend Adam Back. Cited by Satoshi in the original Bitcoin white paper, Back developed the “Hashcash” proof-of-work system, a modification of which forms the basis of Bitcoin mining.

Their IP can be found in millions of Mobile, multimedia and Consumer electronic devices such as: tablets, cell phones, HD set-top boxes, TV, Camera, networking, computing ICs that have achieved leading market shares.

The company has entered the cryptocurrency mining market and introduced the Terminator series for mining Bitcoin, with their latest miner being the Terminator T3.

While GMO Internet is mainly engaged in the Internet infrastructure business, it also runs other businesses such as online advertising & media, Internet financial services, mobile entertainment, and of course cryptocurrency.

The company has also launched several crypto exchanges and it runs a mining business and cloud mining contracts.

Ebang mainly engages in R&D, manufacture and sales of fiber optical telecommunication products. The company is also one of the largest ASIC chip manufacturers in their region. Ebang miners carry the Ebit brand.

Ebit miners are extremely powerful and give an interesting fight to the market leaders, Bitmain.

Bitfury is a veteran Bitcoin hardware and software company formed back in 2011. The company conducts large-scale mining operations on its own and currently accounts for 5% of the Bitcoin network hashrate.

The company has data center operations in Iceland, the Republic of Georgia, Canada and Norway, which process and transmit bitcoin transactions.

While you can find a wide variety of miners on the market, it’s highly recommended to use the latest models out there since they will give you the best return on investment. Here’s a short overview of the top miners around.

This 7nm miner deployed in March 2019 is Bitmain’s flagship miner. The miner can reach 62 Th/s, with a power consumption of around 2790 Watts. The miner has two modes – normal and Pro.

Deployed in August 2019, this might be one of the most impressive miners yet. With an ideal hashrate of 50TH/s and a power consumption of around 2500 Watts, this is the most efficient miner at the moment.

This powerful miner on the market yet the T3 can supply up to 43TH/s with a power consumption of 2100 Watts.

I compared the leading miners against one another in our Bitcoin mining calculator. For electricity costs I used $0.12 which is high, just to get a better idea of how important low electricity costs are for profitable mining.

For pool fees I used the standard 2% fee that can be found on most pools. Calculations are done according to June 2019 values.

I compared the results after 1 month of mining since mining stats such as Bitcoin price and difficulty change frequently, so using the same results for the course of a year would be unrealistic.

The S17 seems to be making a decent profit of 0.0631 BTC before electricity costs. However you can see that in this case the high electricity accounts for almost 50% of the expenses.

The Ebit 12+ manages to generate 0.0509 BTC before electricity is taken into account. Electricity costs account for 47% of the revenue.

The T3 makes a whooping 0.0437 BTC before electricity costs. Again electricity is a bit less than 50% of revenue costs.

Due to the fact that the E12+ isn’t out yet, the Antminer S17 Pro is clearly the winner in terms of profitability “on paper”.

Keep in mind that the example above doesn’t include hardware costs. In order to get a clear profit calculation you have to factor that in (the mining calc has a field for that as well).

The reason I don’t include prices in this article is because these miners tend to sell out pretty fast, and most of the time people buy them on second hand markets such as eBay or Amazon, so prices can vary a lot.

Can I Use My Computer to Mine Bitcoins?

No you can’t. With the current Bitcoin Network hashrate it would take more than a lifetime to mine successfully using a personal computer. Only dedicated ASIC miners can mine Bitcoin.

How Much is a Bitcoin Mining Machine?

Prices new Bitcoin mining hardware usually revolve around $1000-$2000. On second hand markets, when supply is low (which is usually the case) you can find a premium factor of up to 5x.

What Year Will the Last Bitcoin be Mined?

According to the rules of the Bitcoin halving the last Bitcoin will be mined somewhere around the year 2140.

Yes. If you have a powerful ASIC miner and low electricity costs you can still be profitable with Bitcoin mining. However, since Bitcoin’s price and difficulty are constantly changing, it’s important to run detailed calculations before spending money on any miner.

How Many Bitcoin Can You Mine in A Day?

How Many Bitcoins are Left?

7. Conclusion: Which is the best Bitcoin miner?

The Antminer S17 Pro emerges as the best-priced option that displays good performance.

If Bitcoin rises in price again and mining become more profitable, more and more companies will start to manufacture Bitcoin mining hardware. Samsung is just one example for this.

In turn this would increase the supply and lower miner prices even more.

Have you tried mining with any of these miners? Want to share your experience? Let me know your thoughts in the comments section below.

PrevPrevious Blog PostWhat is Bitcoin Mining and How Does it Work?
Next Blog PostThe 8 Best Cryptocurrency Trading SimulatorsNext 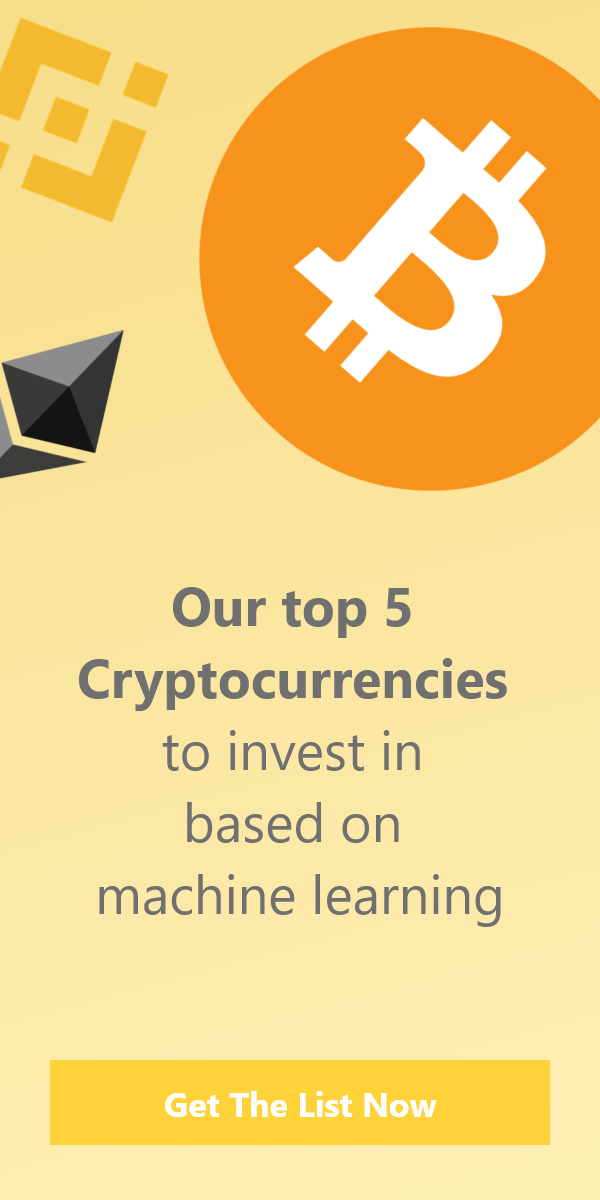