Bitcoin halving is often referred as “Halvening”, it’s a formulated reduction in the reward coins offered to the miners using a predefined blockchain algorithm.

Bitcoin halvings take place once in every four – 4 years approximately, or for every 210,000 block transactions.

The process of halvening started in the year 2012, approximately after 4 years of invention of bitcoin i.e 2008, but practically bitcoins came into play in the year 2009.

The main idea of halvening is to create scarcity for the coins and to control inflation, as bitcoins issuance is limited to 21 million coins as per the idea of Satoshi Nakamoto, inventor of Bitcoin.

The production of 21 million bitcoins involves 32 halvenings, we are now done with two halvenings and this might continue till or come to an end in the year 2140.

To know the overview of Bitcoin Halving (Just in minutes), checkout the following infographic developed by Abishai James at WinBTC.net.

Before we get into the Bitcoin Halving Guide, we have a Funny Meme Here –

Before & After Bitcoin Halving

Why is Bitcoin halving done?

Bitcoin halving has always been one of the most notorious concepts of the crypto world as this will lead to the less number of bitcoin production per transaction or block.

Satoshi Nakamoto, the inventor of bitcoin always wanted bitcoin to be the rarest and precious of electrical or crypto currency ever, limiting its production to 21 million coins.

How does Bitcoin Halving work?

Halvening works on an underlying predefined blockchain algorithm. According to this algorithm, the bitcoin production per block is reduced to 50% for every 210,000 block size.

Each transaction is considered as a block and as soon as the block count reaches 210,000 halving takes place, this might approximately take 4 years.

When is the next Bitcoin Halving?

Did Bitcoin Halving happen before?

Yes, Halvening dates history of occurrences. As of now, there have been three halvings.

Does Bitcoin Halving have an impact on BTC price?

This might not surely show any positive impact on the price of the bitcoin, we get to know this by observing price changes during the previous bitcoin halving dates.

Halving even has a bright side helping in increase in demand for bitcoins, people will be lured to buy bitcoins on the note of reduced production due to halving.

Halvening Price Prediction – Bitcoin price might increase if the demand increases or remains the same according to supply – demand rule.

How will the Bitcoin miners be affected by Bitcoin Halving?

Miners and traders are the ones highly affected by the halvening. Mining a single bitcoin might cost around 3000$ to 6000$ based on the equipment and electricity used or consumed as mining requires a lot of energy to perform computations on computers.

There is a high competition in the market and if the bitcoin reward reduces, basic or naive miners might quit their job as they won’t be profited anymore.

There are many such miners who have already stopped mining and many are about to, as the reward after halving of 2020 is completely reduced to 6.25 coins which is very less for the hard work involved by miners.

Once all the 21 million bitcoins are mined, miners will no longer be rewarded with bitcoins. Instead, they start charging transaction fees to the users for providing a secure network for the process.

How many Bitcoin Halvings will occur?

According to the blockchain algorithm introduced by Satoshi Nakamoto, there will be 32 bitcoin halvings only. We have already dealt with 3 halvenings so there are 29 to come.

This halvenings might continue till 2140, by this time all the bitcoins will be mined and the production will come to an end.

What will happen when 21 Million bitcoins are mined?

After the 21 million bitcoins are generated or mined or produced Bitcoin will be hard capped i.e bitcoin production will be freezed. As the ICO – Initial Coin Offering amount for bitcoins was done for 21 million coins.

And further no new bitcoins will enter the market but the circulation of the existing coins might take place.

A :  No, Bitcoin Forking is not the same as bitcoin halving. Forks occur when a group in the bitcoin community decides to upgrade the performance of token’s software but halving occurs without any involvement of community members.

Q : What is the block size for bitcoin halving?

Q : Will bitcoins be more than 21 million?

Q : When will all 21 million coins be mined?

A : Yes, as Halvening is the only way to control the supply. This prevents inflation of the coins.

Q : How will the bitcoin miners gain money after 21 million coins are mined?

A : Once the block subsidy expires, miners will gain income by charging transaction fees for securing the block network.

Q : What is the approximate block generation time?

Q : When is bitcoin hard capped?

A : Bitcoin is hard capped after production of 21 million coins.

Q : Will all the 21 million bitcoins mined?

A :  According to the blockchain formula Bitcoin count will never reach to exact 21 million coins as the count will only reach 20,999,999.9796 coins. 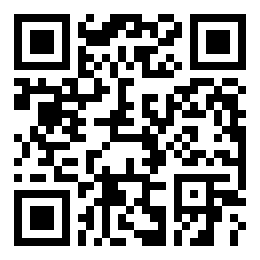 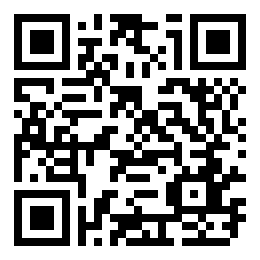